From the Batmobile to the Cave Experience

The next logical step after buying the Batmobile, was to build a cave.  If you’ve been following along on the blog, you know that after having the experience of taking Colten for a ride in the car, we started a family project.

My two sons and I would, every so often, make the Batmobile available to a local charity and show up at the home of a family for which they had provided services.  It was the night of February 16th, 2011 when we met young Ethan, who had just undergone a kidney transplant.

When the car rolled up, Ethan was a bit overwhelmed.  The lights, the music, was a little more than his three year old brain could comprehend, so persuading him to go for a ride became a struggle.  We put Mom in the passenger seat but Ethan politely said no to a ride while in her lap.  Grandma Mimi fared no better.  After all the other kids in the neighborhood had gone for a ride, he still took a polite but firm pass. 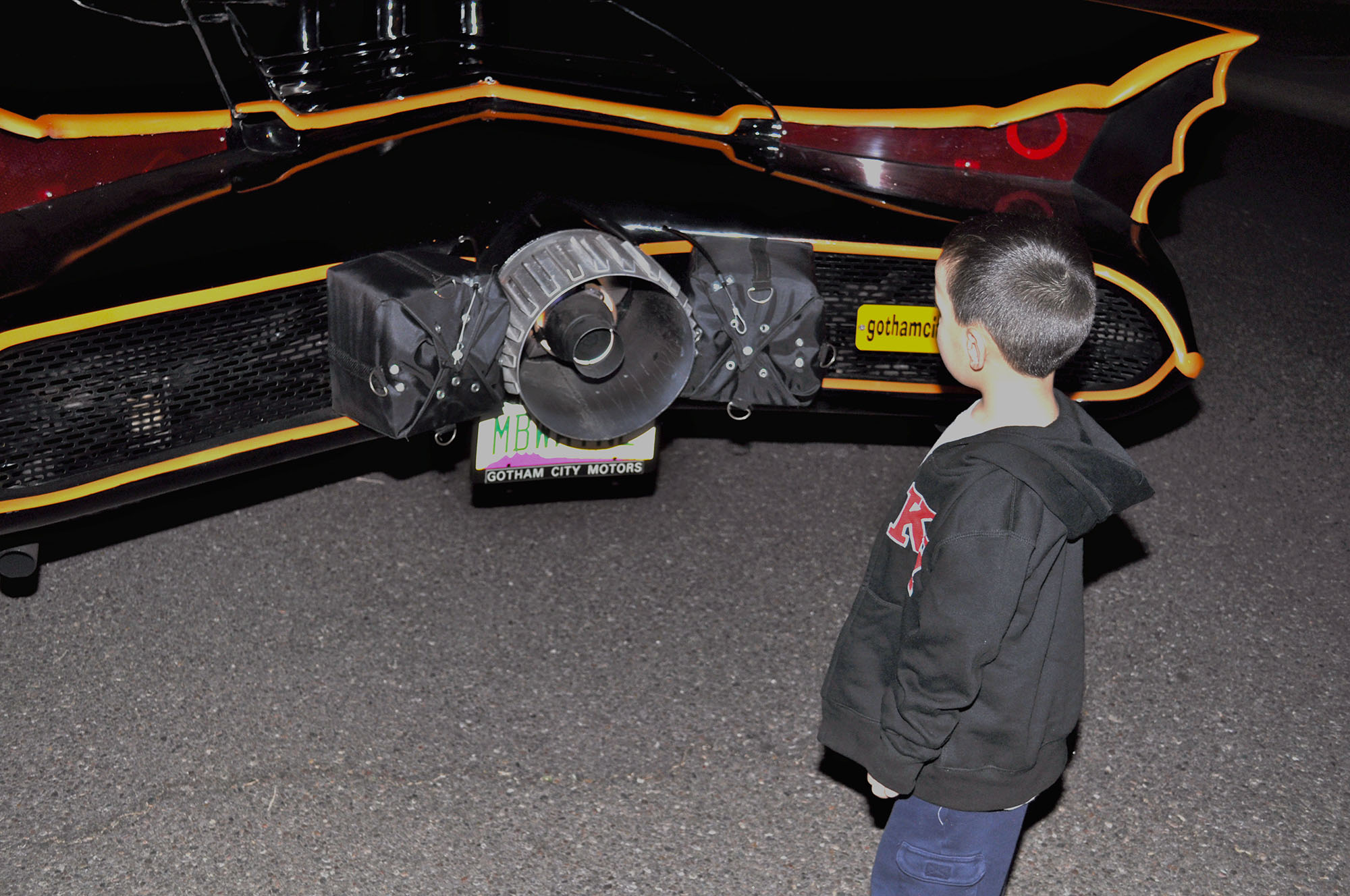 As was the norm back then, we handed out a few goodies to Ethan after the rides and a small check to Starlight Children's Foundation (they nominated him) and enjoyed a cupcake with Ethan in his kitchen nook.  "Ethan", I began my inquiry, "I got a problem. Mr. Wayne is going to call me tomorrow - the normal early AM conference call - and he's going to want to know why you preferred to not go for a ride in the car.  What should I tell him?"

Ethan looked at me as if I was a complete moron and retorted, "Why would I get in the Batmobile, unless I knew it was taking me to the Cave?"  Usually quick on my feet with such an answer, I was speechless.  Laid flat by a single question from a three year old, I was hopelessly outmatched.  The hell of it was, the kid was right.  The world should have just such a Cave.

Weeks later as I parked some cars in a dilapidated industrial space I rented to store some of my old cars, I could feel Ethan's question still weighing on me.  Ethan's logic was a burr under my saddle and I saw no other options.  Quietly, I muttered to a friend, "If I don't build a Crime Fighting Cave now, I don't think I ever will...and if I don't build it I think I will regret it.  Will you help me?"  Thus the decision was made to start a grand experiment.

A decade later, what I’ve gained has far outweighed what building a cave has cost.  And I am happy to report, Ethan continues to flourish with his grandmother's kidney giving him life each day.